A passion for fabric born out of our Scottish heritage

Creative furnishing fabrics made in Scotland since 1783

The Isle Mill is part of the Macnaughton Group, a family company founded in 1783. And are recognised as the foremost weaver and wholesaler of soft furnishing and upholstery fabrics in Scotland.

The Isle Mill originated in Dumfriesshire, with only four looms and a handful of local workers. Their first premises was in the fortified tower on the company logo today. However, due to significant growth under the Macnaughton family, the business was relocated to Aberdeen in the early 1970s.

In the 1970s, The Isle Mill diversified from traditional tweeds and tie cloths to tartans and throws. The business flourished, and in the late 1980s The Isle Mill decided to expand further into soft furnishing and upholstery fabrics. This successful move into the furnishings market precipitated the mill’s relocation to the Highland town of Keith, where they are based today.

Their textile mill is surrounded by spectacular countryside and is nestled beside the same burn that feeds one of Scotland’s most famous distilleries.

The Isle Mill team are delighted to announce the launch of our new Hermitage Castle range at Decorex in October.

This beautiful collection of 100% undyed natural spun fleece British Wool fabrics, created for upholstery and drapes in both the contract and domestic markets, supports British Wool farmers by using locally spun yarn from the fleece of home-grown sheep. 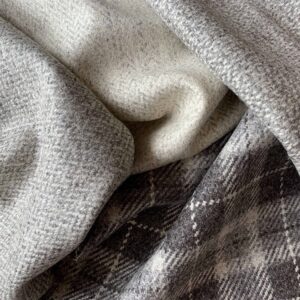 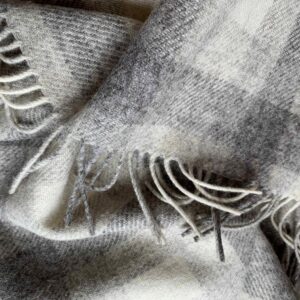 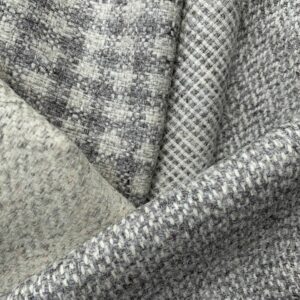